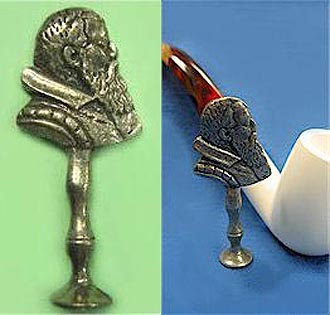 Sir Walter Raleigh
Another elegant pipe tamper reproduced from an antique tamper made in England. The tamp represents Sir Walter Raleigh. Sir Walter Raleigh or Ralegh as it was actually spelled, was a courtier, politician, soldier, seaman, explorer, businessman, philosopher, historian and poet. Sir Walter Ralegh was one of the grand scalawags of the Elizabethan Age. He is given the credit for introducing both tobacco and potatoes to Britain, although both of these were already known from Spanish explorers. Ralegh certainly helped to make smoking popular at court. He was convinced that tobacco was a good cure for coughs and often smoked a pipe which makes him a great subject for a pipe tamper. The back side of the head is smooth. The tamping part of course is round. You will be pleased with the great detail of this tamper. The pipe tamper stands two and 1/4 inches high including the tamper base. 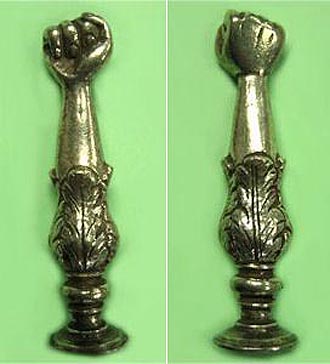