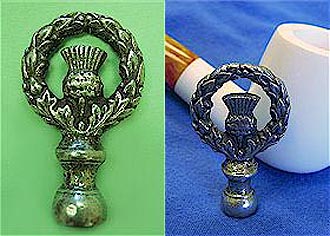 Thistle Wreath
This tamper represents a thistle, the eblem of Scotland. It is reproduced from the original that was made in Scotland. The cast is in the shape of a wreath of thistle with the thistle flower in the center. The prickly, purple thistle was adopted as the emblem of Scotland during the rein of Alexander III (1249-1286). Legend has it that an army of King Haakon of Norway has landed at the Coast of Largs at night to surprise the sleeping Scottish clansmen. In order to move more stealthily under the cover of darkness the Norsemen removed their footwear. As they drew near, one of Haakon s men unfortunately stood on one of these spiny little defenders and shrieked out in pain, alerting the clansmen of the advancing Norsemen. Needless to say the Scots won the day. Each little pipe tamp has the design on both sides. This pipe tamp stands slightly over 1 3/4 inches from the base to the top of the circle of leaves and about 1 inch wide. 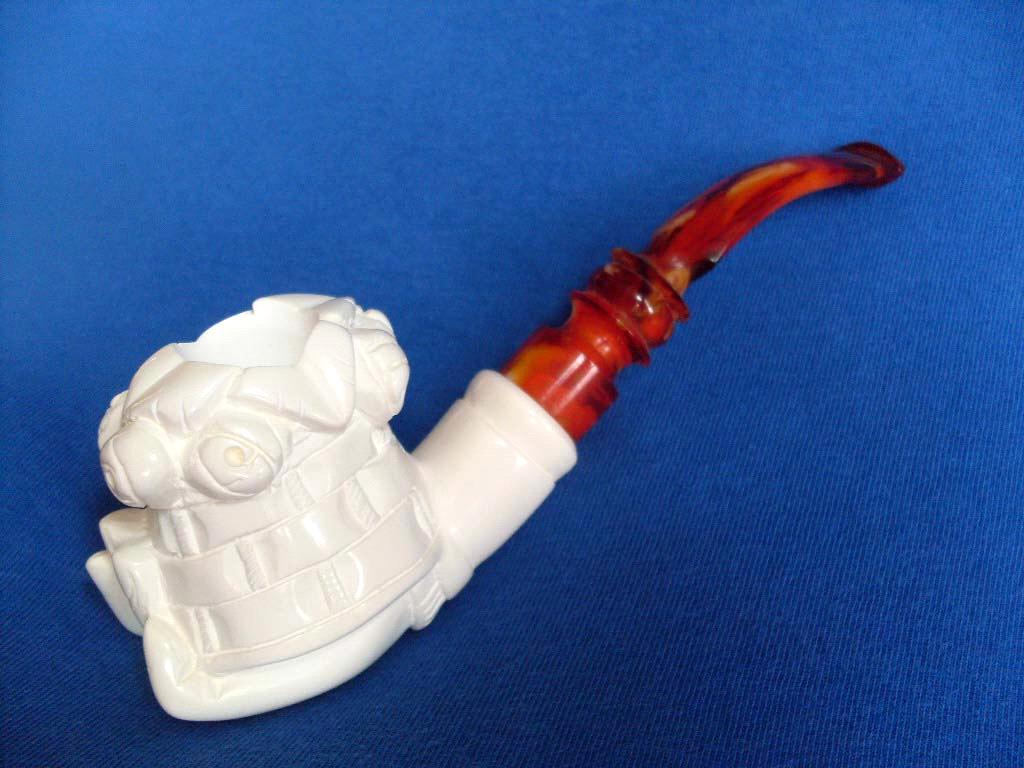